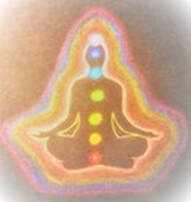 Bruce Clifton
A modern definition of Buddhisattva is a spiritual apprentice dedicated to cultivating an enlightened state of being.

The origins of this, is the Buddhist religion. Western Society has developed a culture of: ‘If it can’t be proved then it isn’t so.’ This is a culture developed from when the Roman Empire collapsed and left what is recognised now as Western Society… floundering in its wake.

In short: Buddha was a man who lived 2,500 years ago. He was from a wealthy family who it seems, wanted for nothing. Aware of the suffering, poverty, ignorance, cravings and rebirth of man, he looked for answers. Forty five years later through renouncing life, adopting a role of surrender, mendicancy, ascetism, meditation he awakened and began to teach his understandings.

One of the foundations of Buddhism and many religious practices around the world is the belief in multiple lives and with each life or re-incarnation, we have a lesson to learn.

Nirvana: = Duhkha + Samsa`ra
Duhkha: Habitual experience of mundane life, pain and suffering, unhappiness; as a means of living normally…
Samsa`ra: Kama or karmic cycle is the belief that good comes to good and bad will bring bad and will continue through each life for eternity.

Buddha in his understanding stops the cycle of ‘Nirvana’ rebirth in order to learn and replaces it with enlightenment. Having learned how to avoid suffering and become enlightened the need for rebirth is no more.​

There are three main aspects to Buddhist practice:
1) Doing no Harm.
2) Performing Wholesome Actions.
3) Training the Mind Through Meditation.